Last May, when Jenifer Mina’s husband passed away, she had never felt so alone. “You just walk out of the hospital all by yourself and that’s the end and everything falls in a hole,” she says. And then a day or a week later – Jenifer doesn’t remember precisely when or where – she was introduced to VNA Bereavement Counselor Mary Beth Introcaso, a turning point in her grieving process.

Initially, the two would meet in person at Jenifer’s home in Sebastian when COVID-19’s restrictions were briefly loosened, but when numbers began to spike again, they started to meet virtually via Zoom or would simply chat on the phone, something they still do, talking about once every two to three weeks for an hour. The sessions, which VNA offers free of charge, are relaxed yet focused.  “Mary Beth will pick one thing that she thinks you need to work on,” says Jenifer, “and then she’ll talk about it, then she’ll say at the end of the session…‘here’s what I want you to work on.’”

But regardless of what Jenifer is asked to work on, there is one consistent underlying subject matter, notes Mary Beth. “The main ‘theme’ is always grief. The subsets are conversations about how to move through it,” says the VNA bereavement counselor.

And Jenifer has found zeroing in on these various “subsets” to be incredibly healing, and cites a recent example of how this approach helped her when she was having visual illusions of her late husband. “I kept seeing his dead face…I was frantic,” she says.

But the waking nightmare subsided after Mary Beth suggested to Jenifer to pretend she was watching a slideshow and when a ‘slide’ of her late husband’s visage appeared, to ‘push it away’ and ‘put on a different slide.’  “I did that, and it worked…and then she gave me some mantras where I repeat something like ‘I am fine, I am well and good things are going to be happening to me.’”

Mary Beth also likes to help clients by playing to their strengths. For Jenifer, who has a master’s in poetry, this meant encouraging her inner bard. “Mary Beth knew the way I expressed myself is through poetry, so she asked me to write one… and she said, ‘Let’s think of the title right now,’ and so I did, and then I said, ‘I am on the ladder of grief,’ and that was the name of the poem.”

The next time the two women spoke, Jenifer read her new poem. “It was good,” says the poet. “And after I read it, Mary Beth said, ‘You express it, and it gets out of here, and you can move to the next step.’ And she was right.”

Gratitude has also helped Jenifer moved to the next step. Despite losing her beloved husband, which also meant losing half her income – something that hasn’t been easy – she has consciously been focusing on everything she still does have, including her house, four children, eight grandchildren and two great grandchildren.

She also pays attention to kindness from others. “That’s the only medicine there is really,” she says. And someone who has offered her a lot of kindness has been Mary Beth, a sentiment that Jenifer makes a point of passing on, and that’s key to her healing.

Nearly a year later, Jenifer feels she’s made great strides with Mary Beth’s help, but still has a ways to go. “Grieving is an ongoing process,” she says, which is why she’s very appreciative of Mary Beth’s no term-limits approach to it. “She said ‘You can have a counselor for as long as you feel like you need it.’ That’s wonderful, another great comfort to me…She’s never going to say ‘you’re fixed’  because I’m not fixed.

“Grief is like a big wheel, and you’re tide to it. And then there is someone running the motor of this wheel, but off stage, and the wheel will have to complete itself before you can get off. And there’s nothing you can do about it ’cause you’re not running the motor. And then, when you finally are able to reach out to somebody else, that’s when you start to go forward. But you can’t until you’re off that wheel,” says Jenifer. 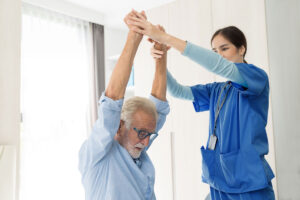